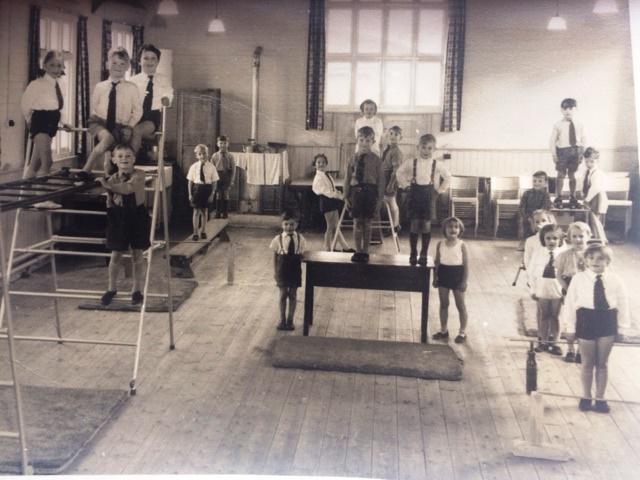 Below is a copy of an Endowment, set up before Thomas Baynard died, describing the foundation of the school.

"Whereas Thomas Baynard of Blagdon, by his deed bearing date this 8th day of November 1687, hath granted and released for ever (and at his request Ferdinando Gorges of Eye, and his son Henry Gorges, have ratified and confirmed the same) a certain tenement in Blagdon called Carver’s Tenement, unto Samuel Gorges of Wraxall, Edward Baber of Chew Magna, and others, and their heirs for ever, that the profits of the said tenement should be employed for ever for the maintenance of a teacher of children, in such manner and by such rules as the said Thomas Baynard the donor should by any writing under his hand and seal direct. This present writing therefore doth express those rules and directions, whereby it is to be ordered forever, as also the grounds of that Grant as followeth:-

“I, the said Thomas Baynard having had great experience of the goodness and mercy of Almighty God towards me throughout my former life, in testimony of my unfeigned thankfulness for the same, have assigned this as some portion of the whole he hath given me, to be employed for his honour and glory and the benefit of the poor of the parish of Blagdon for ever.

And for as much as the knowledge of Almighty God does eminently conduce to the promoting of piety and virtue, and that the reading of the Holy Scripture is a principal means of attaining such knowledge, and that there are and may be hereafter some poor people whose neediness may disable them from being at the charge of training up their children in such reading, I do order, that the said house and tenement and appurtenances, be for ever employed for the maintaining a fit person from time to time to teach and instruct the poor children of the said parish (without charge to their parents for such teaching) in reading, till they are able readily to read the Holy Scripture in their mother tongue, and no longer.

And because I would not have such teacher burdened more than is needful, in order as to such an end before declared, and that the teaching of the number of eight children of the poorer sort at a time may be sufficient, to teach all such that are of that rank successfully, I do order, that the number of eight such children be taught at a time, and that as any of that number shall go off from the school, that then it be in the power of the Minister and Churchwardens of the said parish for the time being, together with the Lord of the Manor of Blagdon aforesaid for the time being, if any such Lord be at such time residing in the said parish, to nominate other successively to fill up that number, and that those children so nominated come constantly to school, except when hindered by extraordinary circumstances.

Also, it is hereby ordered, that the person so teaching the youth as is before directed, shall keep the House and outhouses in sufficient reparation, and maintain the fences and cause that there be no waste made on the premises; and that yearly, at Easter, the said Minister and Churchwardens, and also the overseers of the poor of the said parish, shall take a view of the same, as also take account of the number of poor children so taught, whose names also I desire may be yearly registered in the Church book at the same time.

And it is further ordered, that on the decease or removal of such teacher it be in the power of the said Minister and Churchwardens, together with the Lord of the Manor for the time being, to appoint another fit person to succeed in the same employment of teaching, and to employ the said tenement for so doing.

And that in case of inability, through age or gross negligence or misdemeanour, it shall be in the power of the said Minister, Churchwardens and overseers of the poor, together with the Lord of the Manor of Blagdon aforesaid for the time being, to displace the teacher from the said school, and to choose another person, when fitness rather than neediness I would have to be regarded always in such election.

And I leave it as a charge in the name of Almighty God, on all such as shall be hereafter concerned in this trust, that they do not misemploy or divert to any other use the estate or the profits thereof, at any time hereafter, otherwise than is before directed and ordered. In testimony of which I have hereunto put my hand and seal this second day of February [In the third year of the reign of King James II 1687]”